The British Council IELTS Prize (East Asia)* is awarded to high-calibre individuals with the motivation to develop their career, by pursuing an undergraduate or postgraduate degree in any chosen discipline at a higher education institution that accepts IELTS as part of its admission requirements around the world.

The IELTS Prize encourages applicants to pursue their dreams in any discipline they desire. Essential eligibility criteria require that applicants:

Shortlisting and interviewing will take place in June 2020. 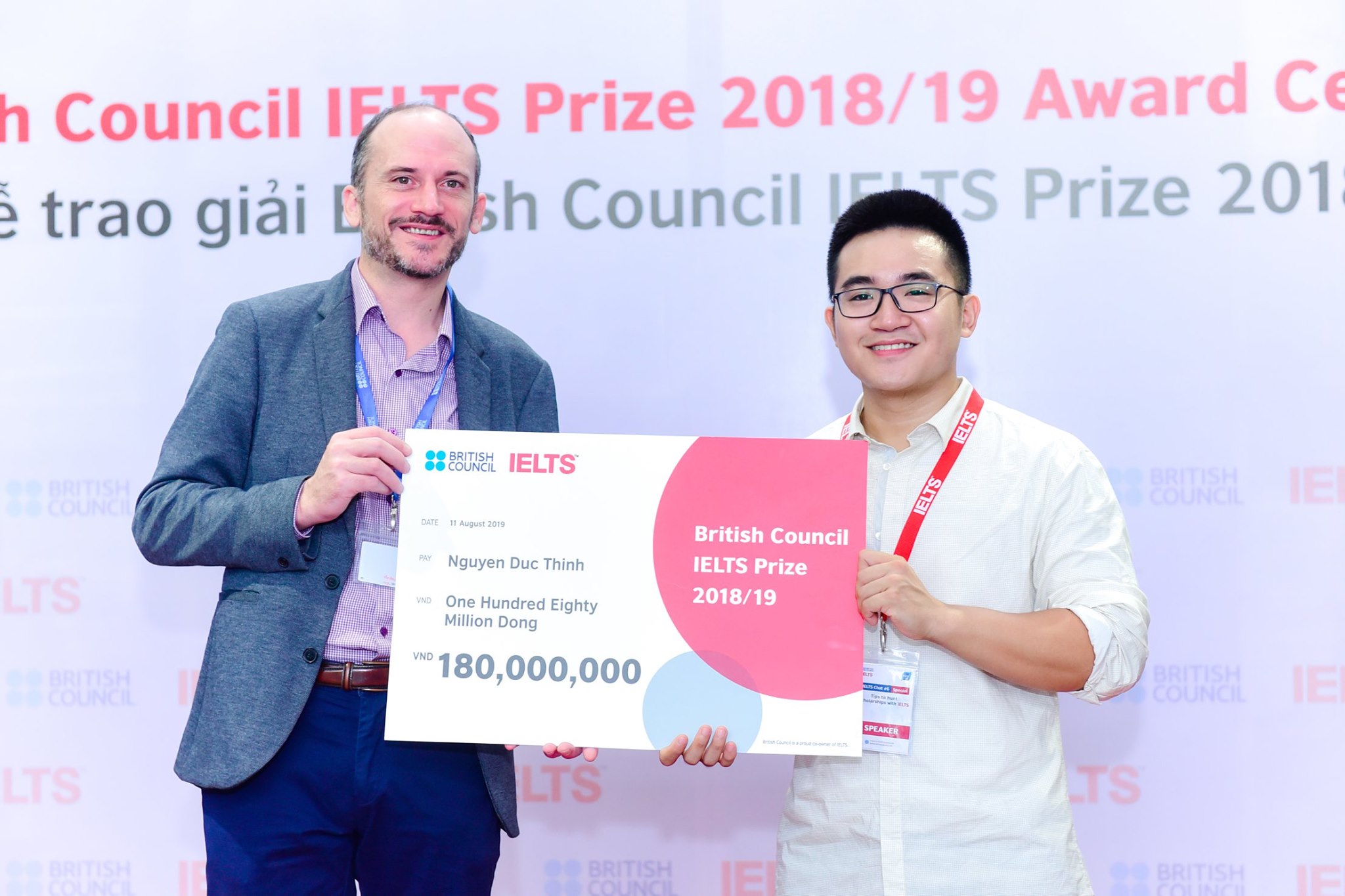 Nguyen Duc Thinh, the First Prize 2018/19 winner of Vietnam, currently studying Applied Arts in Journalism at the University of Prince Edward Island, shares, “I originally did not intend to apply for any scholarship for my study in Canada as I always thought of myself as an ordinary person with no particular outstanding academic achievement. A scholarship would be something out of my reach. On the day I registered for the IELTS test at British Council Hanoi's office, I was told by the staff person about IELTS Prize, which really intrigued me. That is why coming home I immediately went to the official website of IELTS Prize to read all about it. What I really love about this scholarship is that compared to some foreign government scholarships I have heard of, IELTS Prize does not really have complicated eligibility requirements, which is perfect for me. The selection process is also really straightforward, with clear instruction given through each email.”

To apply for the IELTS Prize, you need an IELTS score. Haven’t taken the test yet? Register now.